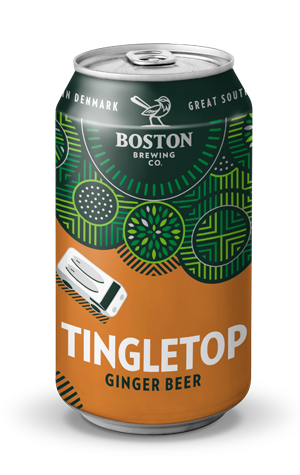 Boston's ginger beer may take its name from the Red Tingle trees through which countless visitors to the region wander every year via the nearby Valley Of The Giants treetop walk. But, just as importantly, it tingles aplenty on the palate.

As with many such beers, it has that hazy, very pale appearance you could suggest was reminiscent of either a Belgian witbier or dishwater, depending on your mood. But if dishwater tasted like this, sink trap manufacturers would be out of business in a heartbeat. Up front, there's some lovely sweet ginger and lemon aromas, while a pleasantly prickly heat soon goes to work on the back of the palate.

It's full of flavour yet not as sticky or sweet as some beers of its ilk. And, at 3.5 percent ABV, it's not just an option for those who don't drink beer or wine or, indeed, those who have to drive later, but the sort of lively refresher with which you might like to cleanse the palate or cool off on a hot summer's day.