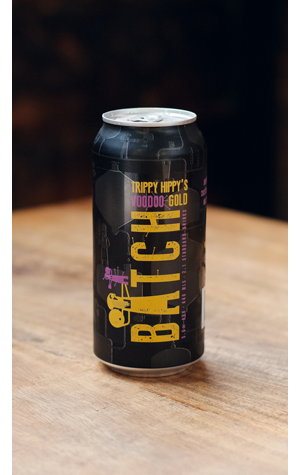 Golden ale is a style of beer that can be hard to get excited about. Their purpose for existence seems, in the majority of Australian examples at least, to be plugging a gap between lager and pale ale. So they’re principally hoppy beers, but also meant to be approachable. Satisfaction without offence. Like a smart kid held back a year at school, Trippy Hippy’s Voodoo Gold seems to have a bit too much going on inside for it to be lumped in with such dull company.

To start with it’s a deeper colour – something towards amber as opposed to outright golden. That suggests there’s more happening on the malt front and it’s something your palate will confirm mainly by way of a slightly nutty character and caramel sweetness. They’ve used a couple of punchy US hop varietals – El Dorado and Mosaic – which serve up flavours of sweet tropical and citrus fruits that meld into a deeper, dank character with a tight bitterness nibbling away at the end. The further down you get in a glass the more convinced you become that Voodoo Gold is not your garden variety golden ale. So what exactly is it? Well, sometimes it’s best not to think too much about things and instead just enjoy them for what they are.