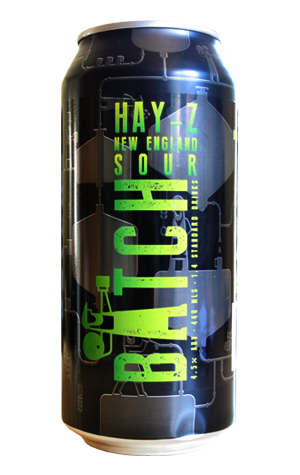 Filling the ground between their series of fruit sours and juicy New England influenced beers, Hay-Z is back on stage at the Batch bar and filling fridges and fonts further afield too. In terms of general style, it seems less of the latter and more of the former, a 4.5 percent ABV beer that’s been loaded with Galaxy and Vic Secret hops that spit out intense lemon and citrus characters.

It’s not especially murky but that’s forgotten when it hits your tongue and those citrus flavours team up with a puckering, almost rasping tang – territory in which fans of sour fruity beers should feel rather comfortable playing.

It's a combination – super concentrated fruit characters and tartness – that's becoming steadily more popular with local brewers and, in the case of Hay-Z, is powerfully refreshing.