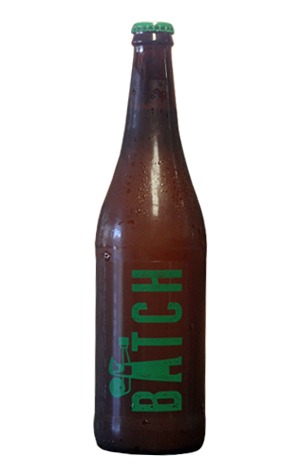 Back in the heady days of 2015 when small breweries were still relatively rare and small distilleries rarer still, the Batch Brewing Co teamed up with the fledgling Archie Rose distillery on an experiment: they made a beer brewed not only to go with a spirit, but also to be turned into it. The beer was the First Wash Rye IPA and it was later distilled into the Hopped Rye Spirit, with both released simultaneously at venues around Sydney as a rather incestuous form of boilermaker – read about it here. Fast forward to late 2018 and the beer side of the experiment has returned again as the Rye IPA.

It’s as robust as ever, a 7.2 percent ABV beer absolutely rammed with American hop varieties – Amarillo, Chinook and Centennial. These give it a bright and fresh citrus kick with deeper pine characters before the Voyager rye malt chimes in with earthiness and a spicy character, while a dark crystal malt sweetness grasps you at the end. It’s not exactly the same beer as the one that first appeared three or so years previous, but there’s more than enough to convince you the essence of the spirit remains alive.