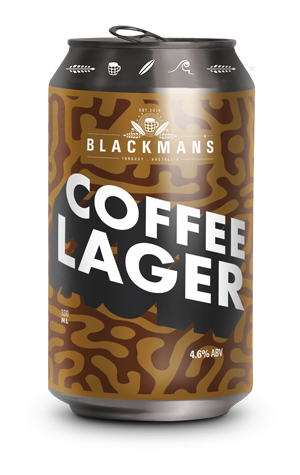 Coffee has been used in beer in many different ways over the years. Sometimes brewers want to add its roasty qualities to a beer, on occasion it's more about extracting the perfume like characteristics of the beans instead. And many methods have been explored in terms of how the coffee is prepared, and when and how it's added. So what of Blackman's collab with Geelong's Coffee Cartel?

Well, let's just say they kept the approach simple. My tasting notes refer to a distinct and very coffee like roasted character, suggesting they're "not playing with subtleties as much as allowing a shot of coffee to rip through the heart of an otherwise straightforward lager". And that turns out to be the case, with espresso shots added to one of brewer Renn's fine, European-minded pale lagers. It might not be overly involved or "clever" in anyway, but it works.