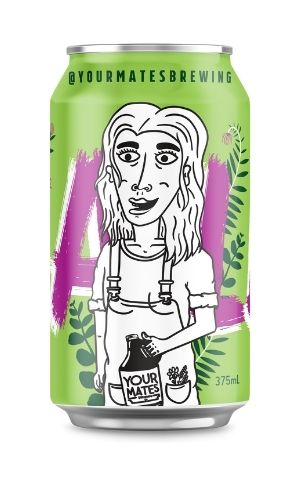 Your Mates Larry, Donnie and Macca have welcomed a newcomer to the fold: the brewery's first female character. She's called Sally and started hitting taps and fridges throughout the Sunshine Coast as winter 2019 approached.

Named via a customer poll in which she beat out other worthy nominations Izzy, Daisy, Annie, Matilda and Poppy, she's a West Coast style IPA featuring American hops Chinook, Citra, Simcoe and El Dorado. It took the brewers a few attempts to get the combination they were after but eventually they ended up with a hoppy mix of tropical fruits with a slightly botanical, grassy edge.

Free Schooner at Your Mates