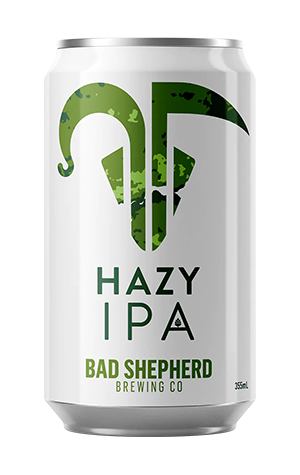 The Bad Shepherd brewers appear to have been studying up on all things hazy. As part of their IPA Series, they released a New England IPA last year that didn't quite hit the mark, a little lacking in fullness of body and with a potent bitterness to boot. Roll forward to late winter 2019 and they're back with Hazy IPA – and backing themselves to the extent this is no one-off but a new addition to their core lineup, and one that follows this year's Oatmeal Stout into schmick white cans.

Pouring with a consistent, cloudy, pale golden haze, mango and green pineapple get things rolling before it takes a turn towards more citrusy flavours. While there's a smoothness to the mouthfeel, the resinous nature of the hops also lend it a lean, dry finish and, as with a growing number of hazy IPAs, a bitterness that's veering closer to traditional IPA territory than the brekkie juice like releases that were everywhere at the start of the year.