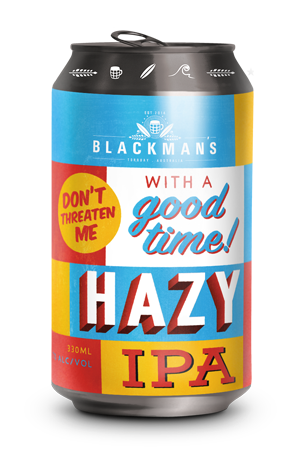 They've released plenty of IPAs over the years, launching with Reg, souping him up to Angry Reg, popping out a sour NEIPA under their Barrel Farm offshoot, creating the delightful Superhop and more. But this is their first hazy IPA, one they tell us comes loaded with "copious amounts" of US hops Mosaic, Simcoe, El Dorado and newcomer Strata.

It sits at the sweeter, stickier end of the burgeoning hazy world, with sweetness a trait we've noticed in a couple of the early adopters of Strata. There's ripe pineapple, overripe citrus and a touch of berry alongside a little pine in a beer that, at 7 percent ABV, packs a fair punch too.