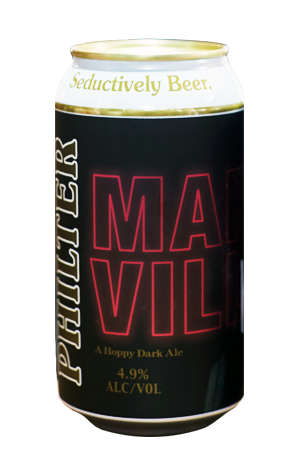 The Philter brand was born in Marrickville, during a neighbourly backyard chat over beers. And Philter’s new brewery has just opened in Marrickville, with a public bar to give locals a way to drink Philter beer fresh from the source. So it’s only fitting the first beer to come out of the brewery pays homage to the suburb where it all started.

Marrickville Nights is called a hoppy dark ale, but don’t expect it to be black - it’s more the golden brown of a lion’s mane, sitting in the glass with the cool majesty of the king of the beasts. Neither oppressive nor toothless, thick nor thin, it fills the mouth with softness and smoothness and nostalgic flavour. It exudes grapefruit and pine with the confident presence of Sydney humidity on a balmy evening, and finishes with a spicy bitterness like the coming of dawn after long hours sinking tinnies in the backyard.

Marrickville is spelled out in metallic hot pink lettering on the label (yes, it’s as sexy as it sounds), and infuses every sip with its grungy yet inviting vibe. Marrickville is Philter’s home and Marrickville Nights is where the heart is.