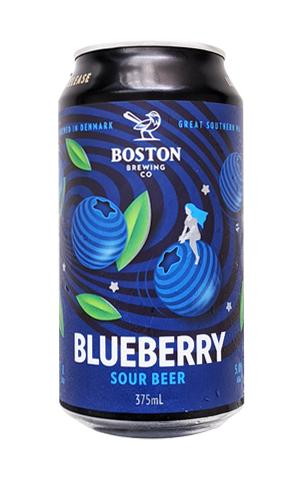 Boston Brewing’s Afterglose was an early example of fruited sours really capturing zeitgeist attention in WA. Sagely, the raspberry gose was also a beer which remained in production, finding new fans over time, and becoming a Western Australian modern classic in the process. It’s a move which has also provided a platform for further sour exploration by the Denmark brewery.

Here, Blueberry Sour takes a straightforward approach in adding to the lineage. The vivid hue isn't dissimilar to Afterglose's crimson, and the liquid holds a clean, zippy profile with moderate blueberry- and general berry-influence, a refreshing fine spritz and a dry length.

And in limited release from WA stockists