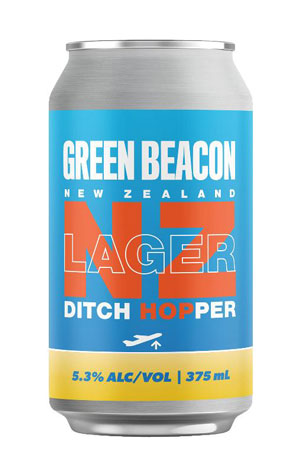 For Green Beacon’s Eight Years of Beers celebrations, they released eight beers, six of which were keg-only releases at their brewpub. But it didn’t take long for one of those six to break the banks of the Helen Street headquarters and flow out to the rest of the country in tinnies.

While travel between Australia and New Zealand is restricted at the time of release, this beer is a shining symbol of hope that the two nations aren’t done with each other yet; its bright appearance and quickly-dissipating head are surely good omens of clear skies and the removal of barriers.

The only thing standing between a drinker and chugging this crispy buoy† is the moment taken to inhale its essence deeply: be filled with a fresh zing of white grapes, white wine, and a white cascade of honeysuckle flowers – and sigh with contentment.

Then comes said chugging. Clean as anything, dry, decently bitter, and enough to make you check Aus-NZ travel restrictions again.

† Little Green Beacon pun for ya.