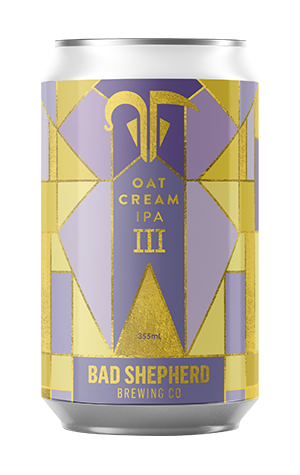 Launching midway through 2021, Bad Shepherd’s Oat Cream series has become something of a preferred method for the Melbourne brewery to explore hops and the myriad flavours those impressive flowers impart. When number two was released in August, we hoped at the time we wouldn't be waiting too long to see version three, so it seems wishes can come true. Oat Cream IPA III is a touch bigger than the previous two at 8.0 percent ABV and features two American varieties known for their distinct tropical notes in BRU-1 and the experimental HBC 586 out of the Hop Breeding Company.

Here they impart a mix that moves from ripe pineapple to papaya, pawpaw and guava before seeming to finish the ride with mango and pear. Add to those flavours some sweet, freshly whipped cream, further elements of sweetness and a touch of bitterness and you have a fitting third act for the lactosed and heavily-hopped series.