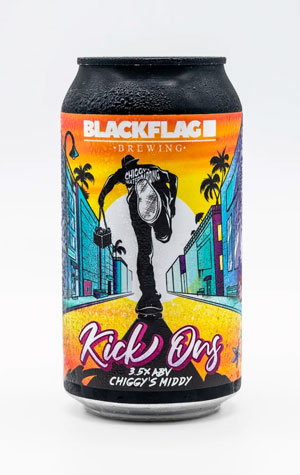 You might know this beer by its label. A lad skates down an empty street, balancing a four-pack of beers on one arm, into an enormous setting sun. Where the lad is headed is a mystery, the provenance of the four-pack unclear. Whether the lad is coming home, heading out or is simply looking for another rail to mercilessly grind, who’s to say. Either way, there’s enough potency in Ross Holloway’s image for it to have the punters whipped up into a frenzy and see it place second in the 2021 GABS Can Design Awards.

The beer itself is an easy-drinking number with a huge kick of hops that keep things rolling along like a summer storm. Despite its light body, there’s a decent bitterness and the huge amount of hops that stop the beer – as many lighter versions do – from having that hollowed out, flimsy feel. It’s all tropical fruit and citrus on the nose and has the sense of balmy, late-afternoons in the sun.