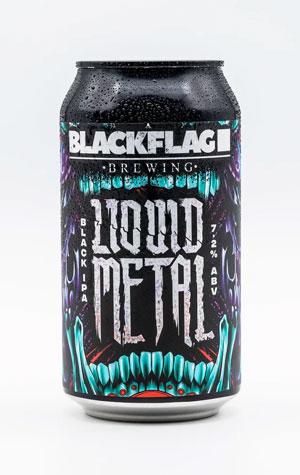 Like many of Blackflag’s beers, Liquid Metal is deceiving. All signs point to this beer being a beast and, for the most part, black IPAs weighing in above 7 percent ABV are not the most sessionable of beers. Then, of course, there’s the name, which conjures up the unsettling possibility of drinking mercury.

Sure, it's darker than the inside of a cow but without a doubt and despite all these things, Liquid Metal is sessionable. There’s a big, old whack of fresh pine and citrus thanks to hopping with Cascade and Centennial, which gives way to a present but mellow malt body. There’s bitterness, but it doesn’t define the beer, and there’s a real terpy resin to finish it all off.

Not the preening frontman, it’s the workaday studio bassist laying down track after track.