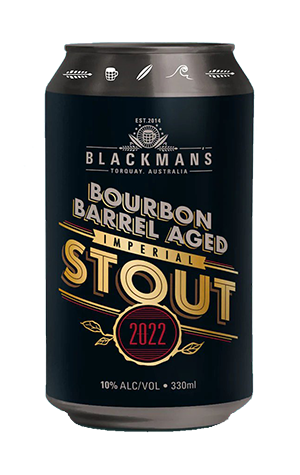 It can be bitterly cold on the Surf Coast in winter and Blackman’s Brewery haven’t let the season pass them by without releasing a fitting beer for the coldest, wettest days out there. Bourbon Barrel Aged Imperial Stout is a 10 percent ABV and spent months sitting in barrels from Kentucky’s Maker's Mark and Knob Creek.

It won't take long until you spot what that time in barrels has done either, with a mix of raisin, burnt sugar, toffee and vanilla all at play in the silky smooth beer. Joining those is chocolate that comes across both in the shape of fudge and bitter, dark chocolate, while further dark fruits in the shape of figs and dates build as the beer warms and bring the beer into sticky date pudding territory.