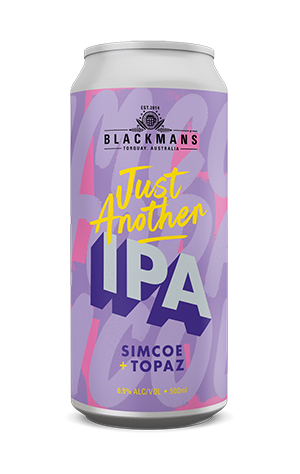 Single hop IPAs can be a lovely introduction to certain varieties and some hops just work perfectly together in a blend. But Blackman’s Brewery’s Just Another IPA series takes a less common path and by showcasing types that aren’t quite as commonly seen together, while in other good news for hop heads, the beers get released the same day they're packaged too.

The second release lets Simcoe + Topaz shine, with the American and Australian hop coming together in a bold and bitter IPA. On the one hand, the Simcoe plays in a space that moves in a pine, citrus and herbal direction, whereas the Topaz provides more fruit-filled notes of mixed berry, lychee and a tropical touch. It makes for a combination that takes a little from classic West Coasts and a touch from more modern hazies which feels like the kind of beer many are seeking in 2022.