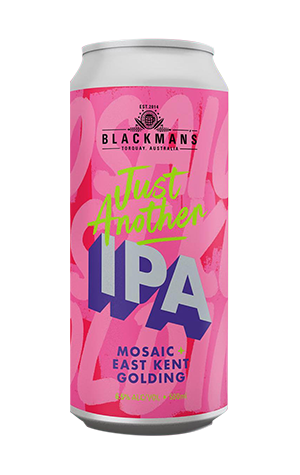 The Blackman’s Just Another IPA series is all about unlocking uncommon hop combinations and it doesn’t really get more uncommon than Mosaic and East Kent Golding. The former is one of the quintessential American hops and is used extensively in IPAs across the world. While the latter has been around for centuries, is seen as one of England’s greatest and is often found in traditional cask beer and ales.

So while they might have distinct personalities and have once fought a war with each other (OK so we aren’t talking about hops here), the pairing is a reminder that our differences shouldn’t separate us. Instead, the bringing together of old English charm and America’s brash personality is a vibrant mix of earthy, herbal spice and tropical fruits, which are joined by a layer of candied orange, a lean and dry body and a big bitter finish.