Some people said it would never work. You can’t have a successful brewery in Australia without a core range, they said. A core range is how you build a following of loyal customers, they said.

But the team at Range Brewing have never had a problem finding people to drink their beer.

Since day one, founders Matt McIver and Gerard Martin have said they weren’t interested in making the same beer week in, week out.

“We prefer to drink new beers all the time, and try something fresh,” is how Matt puts it. “Why would we not do that in our own brewery?”

With a company motto of “Forever exploring. Forever evolving.”, Range’s modus operandi from the beginning has been to change up recipes with every brew. It’s not that they would never repeat a beer; but, in the same vein as some of the Scandinavian and UK brewers that inspired them, they wanted to continuously produce fresh flavours.

“We wanted to give ourselves freedom to improve all the time.”

With head brewer Mitch Pickford at the wheel, Range's perpetually fresh-faced beer list is a picture of vitality. They self-proclaim a focus on hoppy, dark and sour beers, though anyone looking on (including themselves) can see that there’s a special love for approachable and hazy hop-driven styles. Both on tap and in tinnies, it’s not uncommon for more than half the beers available at their Newstead HQ to be hazies, ranging from easy-drinking juicy mid-strengths through to smooth oat cream double IPAs bursting with tropical fruit.

But that doesn’t mean there isn’t also variety: you’ll usually find a fruited sour or two and a crisp lager to scrape the palate clean, as well as a style from elsewhere on the flavour spectrum whether that’s a comfortably bitter DIPA, a spicy Belgian ale, or a rich stout.

While Range’s founders are Australian, they’ve all spent time overseas and have woven elements of European beer culture into Range’s DNA. The brewery taproom in Newstead has a Scandinavian industrial feel to it: clean white walls, a sand-blasted steel bar top, splashes of greenery.

The long communal tables bring to mind beer halls where friends and strangers drink together and share stories. Slow rise sourdough pizzas are hand-thrown in the kitchen, and share the menu with traditional Italian nibbles that pair equally well with classic European style beers and the most recent evolution of IPA.

And then there’s the label design. Influenced by breweries like To Øl and Cloudwater, the Range team see their cans as an opportunity to bring an extra layer of beauty into the world.

“Beer is an art form,” they explain. “So why shouldn’t the packaging that it comes in also be as aesthetically pleasing as what’s inside?”

Their in-house graphic designer pulls together all the eye-catching labels as a reflection of who they are as a brewery. Some are geometric and colourful; some are minimalistic designs that focus on the typeface; some are bordering on psychedelic. But somehow they all manage to share a fresh simplicity that lets them exhibit the art while keeping the style name and information in clear sight.

As they’ve grown in popularity, Range have streamlined their processes and expanded their brewing capacity multiple times, and still the crowds cry for more. It’s not unusual for Range’s new beer releases – every Friday at midday – to sell out in a matter of days, if not minutes. And, in 2020, the brewery opened a second taproom in the Melbourne suburb of Abbotsford, which is also a southern distribution hub for the brewery’s beers.

“It all comes down to consistency in quality, and trust. If we made average beer all the time, then people wouldn’t want to come back for it.”

That’s a standard the Range crew have held themselves to as time goes on, investing in technology and improving quality control as a way to consistently produce good beer.

But, while beer quality is obviously paramount, they also have an appealing sense of whimsy that invites people in, from absurd beer names to a delivery van with the numberplate DDH LVR. It’s fun being a part of Range.

Some people said it would never work. But with two taprooms full of happy punters, beer releases that sell out in minutes, and an epic trophy haul at the 2020 Indies showing that Range know what they’re doing…

“I would say that the jury is no longer out on whether or not it can work,” says a smirking Matt. “It definitely can work.”

NB The beers below are all Specials and released in small volumes. However, Range do tend to brew variations on similar styles so even if we're unable to write about every new release, the below gives you an idea of what to expect within those key styles.

Join us on a Crafty Crawl through some of the first Brisbane inner 'burbs to embrace the good stuff. Mick from Schoonerversity may not know exactly where New Farm, Teneriffe and Newstead start and end, but he knows where to find good beer.

There's been no shortage of new breweries opening in and around Brisbane in recent years. But, with its Scandinavian influences and no core range policy, Range Brewing looks set to stand out from the crowd, as Mick Wust discovers.

Take a break from complaining about 2020 to celebrate with the annoyingly optimistic Mick Wust as he looks over a year of beer in Queensland.

Hazy pale ales look set to be one of the styles of 2021 as more and more breweries add them to their core offerings and drinkers embrace their juicy, fluffy, fruity sessionability. But just what are they? 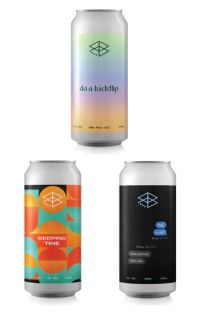 It's all about American hops – and plenty of them – in this trio from Range, which proved a suitably lively launchpad at their Abbotsford venue for an evening on which The Avalanches brought limitless joy to those of us lucky enough to nab tickets for the COVID-restricted gig at Sidney Myer Music Bowl. Starting with the lowest ABV of the three and you have Do A Kickflip, a DDH pale featuring a classic lineup of Centennial, Citra and Amarillo. There's an orange tinge to the hazy yellow liquid,… Read more
Golden Yellow They don’t do things by halves at Range Brewing, releasing a trio of fresh beers at once on April 9. It's the second time they've brewed the pale ale Full Circle; a charity beer initially brewed in 2020 to support Melbourne hospitality workers impacted by the second wave of COVID lockdowns. Profits from number two are being donated to the Melanoma Institute Australia, after a close friend of the brewery was diagnosed with Stage Four Melanoma. Brewed with Galaxy, Australian Cascade, Vic Secret and… Read more
Golden Yellow When Range talk about their “journey to create the most balanced and drinkable West Coast style IPA”, it reminds me of my first WCIPA, which was neither balanced nor drinkable. It used to be all the rage to wield bitterness as a billy club and beat the drinker over the head with it repeatedly until all other flavours were nothing more than silent spectators; ‘palate-destroying' was a compliment at the time. We’ve come a long way since then, and Group Hug is an example of a West Coast that… Read more
Golden Yellow 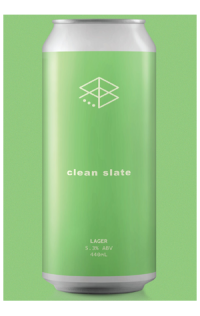 The design on Range Brewing’s labels usually includes a collection of geometric shapes, a wash of contrasting colours, a new typeface, or a central image to catch your eye. There’s always some design element to draw your attention. Of course, this generally matches the hazy or heavily fruited beer within the can. With their lager series, Range opt for something simpler: the label is a single block colour. This lager’s called Clean Slate. The can is plain green. The beer is perfectly clear.… Read more
Golden The Range crew rate this as one of their favourite DDH IPAs, and for a brewery that makes as many as they do, that’s saying something. Factory Settings has a hop bill that boasts Mosaic LUPOMAX, Simcoe, and Cashmere Cryo, yet it’s Aussie darling Galaxy that shines through the most clearly. Stone & Wood’s Pacific Ale put Galaxy hops on the world stage more than a decade ago, but among all the evolutions the beer industry has seen in that time, it’s still The Little Hop That Could; its… Read more
Golden Yellow New Slang pours the colour of freshly squeezed orange juice on The Simpsons, and right from the get go there’s a waft of mango, nectarine and peach nectar in the air. While it does contain lactose, this isn’t as super sweet as some oat cream IPAs are; the creamy sweetness that comes with the fruit notes isn’t sticky, and the rich and thick mouthfeel doesn’t hit gluggy smoothie status. The high alcohol content of New Slang makes itself known as it begins to warm the chest from the first few… Read more
Golden 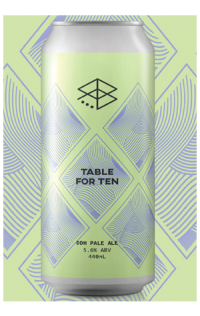 I hear Table For Ten and I get images of a meal to be shared, a family feast, an array of dishes and side dishes that are seasonal and varied and nourishing. This beer does not satisfy those requirements. Set aside the fact you may not want to share this beer once you’ve tasted it, but it’s hardly the picture of a seasonal feast that I had in my head; it’s more what a teenager eats as a series of afternoon snacks. “I’m hungry.” “Have some fruit.” “I’m still hungry.” “It’ll… Read more
Golden Yellow Imagine a sandstorm in a desert at midday: a sandy haze that dims the sun until it’s just a rosy wavelength of light squeezing through like a vapour. Now imagine that same scene captured in a snow globe (sand globe?): a glass vessel of liquid you can hold in your hand, which somehow emanates that cloudy, rosy glow. Finally, imagine that glass vessel in your hand is a schooner of beer, and instead of sand it’s guava that saturates the liquid with a pinkish hue. Of course, unlike the sandstorm… Read more
Red 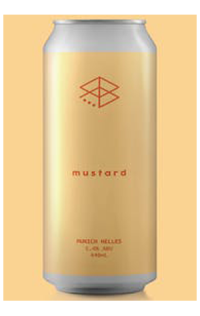 It’s not quite the colour of mustard, but I'm certainly keen as. This Munich-style helles is brewed with German malts and the Bayern lager yeast strain, which is thought to come from the much-loved Augustiner, Munich’s oldest brewery; while Range’s brewers added some Motueka hops for a slight modern twist, on balance this drinks like a classic helles. The malt sweetness rolls over the tongue, spreading with the smoothness of the rolling foothills to the south of Munich. (Full disclosure: I’ve… Read more
Golden