It’s a well-known piece of wisdom that few of us take to heart. But spend a little time at 2 Halfs Brewing and you’ll see that Kirk and Dragana Bozinovski apply this wisdom to their brewery. You can taste it in the European-style beers they serve up, but chat with Kirk and Dragana and you’ll discover their patience started long before they opened the Alexandria taproom.

Kirk had wanted to open his own microbrewery since he started homebrewing in his 20s. But the timing wasn’t right then, so he put the idea on hold and waited. Over the next 30 years, Kirk and Dragana visited breweries across Europe, their children grew up, and the beer scene in Australia exploded. When the right time finally arrived, Kirk wanted to learn from the best, and since he loves the challenge and complexity of traditional European styles he studied through the VLB Brewmasters course in Berlin.

But while Germany and Belgium are known for making some of the best beers in the world, even if you get your hands on German and Belgian beers in Australia, they’ve had to travel 16,000km to get here. And, as Kirk says, along with many other brewers: “I recommend to anyone to drink beer straight from the source.”

So the couple set their eyes to opening a brewery that would give the people of Sydney the opportunity to drink Euro-influenced beers fresh from the brewery.

It wasn’t a smooth path – a series of hurdles from unexpected costs to struggles with council to a COVID lockdown all threatened to end the project. But good things take time, and now locals and visitors alike benefit from Kirk and Dragana’s patience at the brewery tucked away in the side streets of Alexandria.

The beer itself is liquid patience, as Kirk brews with the philosophy that some things are worth waiting for. He’s a big believer in lagering a beer for as long as possible, and the result is clean beers that taste as they should.

“Everyone’s got their own taste, but I think everyone should have respect for the old styles,” he says.

About half the tap list is given over to a rotating roster of European styles – you might find yourself starting with German lagers, from the palest Helles to the darkest Schwarzbier, and moving to the sweetness and spice of yeast-driven Belgian styles. The other half of the list is made up of a few New World hop-driven American styles and a tap dedicated to more familiar dark beer styles.

But while people come to 2 Halfs for the beer, they stay for the warm welcome. From the moment Kirk, Dragana, or their daughter pours your beer, you start to feel like part of the family. Kirk is always happy to chat about beer and brewing with anyone interested, and throw around ideas for his next brew. Dragana will check that you're comfortable, point out the parts of the brewery that Kirk built (since he’ll never admit that he put most of the place together himself), and when you’re ready, she’s the one who’ll make you a brewer’s board or house-baked pizza (GF and vegan options available).

It’s hard to leave 2 Halfs, but when you reluctantly finish your session you can head to the takeaway fridge on the way out. There you’ll find a selection of the beers currently on tap as well as a few previous brews, so grab a mixed six-pack or a 750ml swing-top bottle of your favourite.

Let me finish by telling you about Oldrich, a 75-year-old Czech expat who hails from near Pilsen in the Czech Republic. One of the first beers he tasted when he discovered 2 Halfs was a pilsner, and he was so impressed with the way Kirk was faithful to the style he became a loyal customer from that day. Now Oldrich rocks up to 2 Halfs on the regular, usually turning to whichever lager is currently pouring from Kirk’s Keller series.

When a discerning drinker from the birthplace of the style gives your beer the nod of approval… you know you’re doing something right. 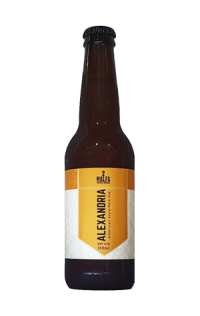 This one goes out to the Alexandrians who supported 2 Halfs when times were tough. After a drawn-out and expensive process with council, 2 Halfs finally opened their doors in May 2021… only for a COVID lockdown to clamp down in June. This could have have been a death knell for the new business if it weren’t for all the locals who made it their mission to show up at the side door to buy takeaway beers every week. They’re the reason 2 Halfs stayed afloat in that troubling time, and so Alexandria… Read more
Golden 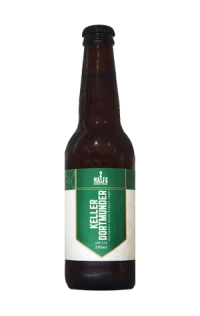 2 Halfs always have an unfiltered lager in their Keller series on rotation, but the Dortmunder is a bigger brother to the ones that came before it. Expect something bigger than other pale lagers – at 5.3 percent ABV, this German export lager is objectively powerful, but the Dortmunder also punches above its weight. A durable head sitting atop its staunch body gives a fullness in the mouth that you can’t help but respect. That doesn’t mean it’s confronting, though; a lovely clarity shows off… Read more
Golden Yellow 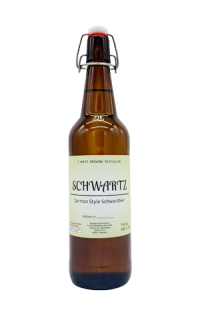 A well-made Schwarzbier always surprises me. How is it both so simple and so complex? How does it have such a dark colour and such a light feel in the mouth? How does it hold up roast and chocolate while remaining so clean? How is it so drinkable on a rainy winter’s day, and yet sessionable in the summer sun? There’s so much to be found in a good Schwarzbier, and 2 Halfs have captured it all. Mick Wust… Read more
Dark Brown 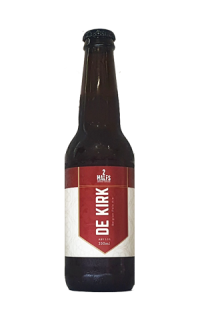 We don’t see many examples of Belgian pale ales in Australia. Unless you’ve popped over to Belgium for a cheeky crawl of the Trappist abbeys, there’s a decent chance you’ve never had one – or a fresh one, at least. De Kirk isn’t the full-on experience of a dubbel or a strong ale, but it shines a deep golden-amber colour that promises more flavour than a blonde ale. The significant malt character of crunchy toast with an almost earthy edge is balanced out by the phenolic spice notes from… Read more
Rich Brown 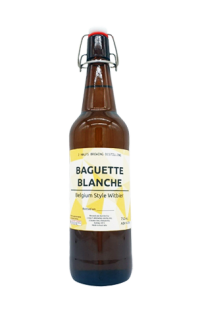 One of the taps at the 2 Halfs taproom is dedicated to rotating through wheat beers. Baguette Blanche is a traditional Belgian style witbier, complete with orange peel and coriander seeds. Malted barley, raw wheat and some rolled oats work together to give a mouthfeel that’s more pillowy than all the hazy IPAs in the world. Add in the soft bubbles and this is so floaty it’s like drinking a hot air balloon. When it comes to flavour, don’t expect the orange and coriander to do the heavy lifting.… Read more
Pale Yellow 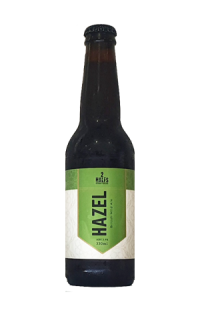 When you go to sip from a tall glass of Hazel, it looks like you’re about to drink enough brandy to put you to sleep. But the alcohol content is right at the other end of the spectrum to brandy: 3.9 percent, as is fitting for a style designed to be consumed pint after pint. A fragrant hit of golden syrup and nutty caramel on the nose leads into mellow flavours of light chocolate and malt sweetness. You can absolutely knock back a few of these without being overwhelmed by either heavy flavours or… Read more
Dark Brown 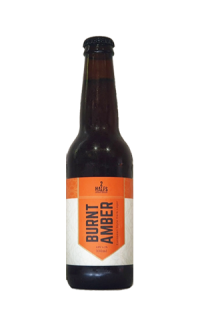 Amber lagers are seriously underrated in Australia. They have more flavour than a pale lager, a lighter body than a red ale, and are more versatile than an intense dark beer. For this reason, Burnt Amber is a welcome guest. It’s also aptly named; hold it up to the light and see the gorgeous red sparkle through the glass. This European dark lager marries together malty notes – swishes of chocolate and roast and treacle and sweet biscuit – with a smooth fizz that gives it an enthusiastic feel… Read more
Red Meet G.E.E. Hazy, a hazy pale ale made on all Aussie hops. A blend of Galaxy, Enigma and Eclipse come together in a citrus spritz with a tropical tang and mild bitterness. Like all hoppy beers, G.E.E. goes through a transformation over time. If you drank it earlier, you’d get a sweeter, more viscous beer. A little later, and you’d find it’s a cleaner summer beer. But you can’t go wrong either way. This gentle juice is a paragon of easy-drinking – G.E.E. is easier to sink than a dinghy made… Read more
Golden Yellow While head brewer Kirk likes to focus on traditional Euro styles, he’s always happy to give people a few modern hoppy styles to choose from as well. But "modern" is relative – within the craft beer context, this IPA is old school. C-Four brings together a handful of the classic American hops – Cascade, Columbus, Citra and Centennial – to make a traditional West Coast banger. The malt base is solid but single-minded, giving everything it has to hold up the hop characters: pine and… Read more
Golden 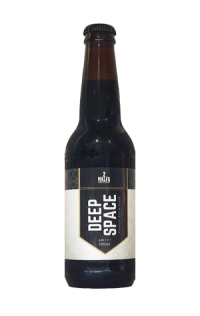 In Italy, some people drink a roasted barley drink called caffe d’orzo (literally "coffee of barley") in place of coffee, since it carries a robust roastiness similar to coffee, but without the caffeine. Deep Space Foreign Extra Stout gives me big caffe d’orzo vibes. Alongside this aromatic coffee-like roastiness is a sweet dark chocolate filled with gooey caramel, all wrapped up in a thick, textured body. And while there are no smoked malts in Deep Space, there’s a slight ashy bitterness… Read more
Black