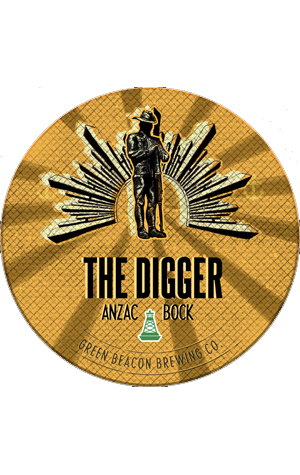 This beer was originally conceived with beer educator and writer Matt Kirkegaard of Brews News for the annual Media Brew competition at Beervana NZ. It's brewed with golden syrup and oats and plenty of New Zealand Motueka hop in the hopback as a tip of the hat to the 100th Anniversary of the beginning of the Great War and the making of the original ANZAC diggers.

Say the people behind it: "We celebrate the friendship between Australia and New Zealand in a far happier light, brought together to make craft beer, not war.'