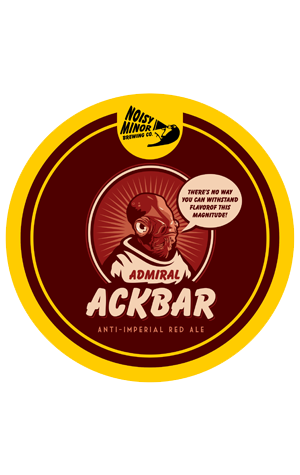 Another Noisy Minor beer to find favour with drinkers wherever it lands, this "anti-imperial red ale" was one of three beers from the brewery to make the top 15 in the 2014 Hottest 100 Aussie Craft Beers poll.

This is a big warming malty ale with a ton of Nelson Sauvin and Citra hops, not too bitter, not an IPA, just a big hoppy red ale. We thought about putting Mon Calamari in the beer, but we’re not a big fan of novelty for novelty’s sake.