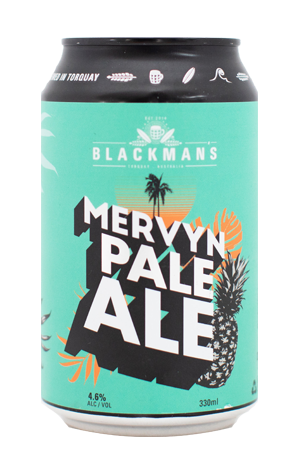 Renn Blackman decided to brew a one-off beer for summer and came up with the Mervyn Pale Ale. Clearly things are going well for him and partner Jess at their Torquay brewpub because, with more than two months of summer left to run, they'd pretty much exhausted of the first batch and have a second one waiting in the wings.

Anyone that's sampled Ernie or Reg (Renn's Aussie pale ale and IPA respectively) will be aware that he knows his way around playing with fruity New World hops and it appears that that's the case here too. Indeed, there's more dry-hopping at play here than in said IPA.

The beer is a well-judged and approachable pale ale, full of fruity hop character yet remaining lean enough to sit well inside sessionable territory, and has picked up its fair share of medals too. Little wonder, then, that it became part of the brewery's core range.