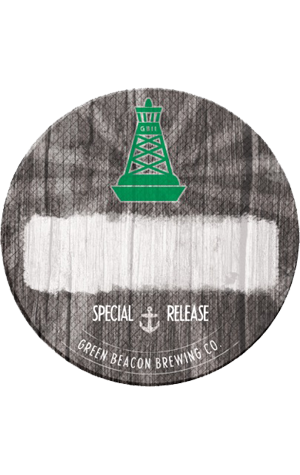 For much of the Green Beacon team, the focus is very probably turning towards its second brewery, a production facility that will help them get beers out beyond their hometown of Brisbane. But for head brewer Johann van der Walt it remains firmly in the brewery and continuing to knock out a consistently fine range of brews. The two latest short run brews to leave the brewery are a Session IPA and Passionfruit Gose, both of which display his fondness for dealing in subtleties rather than grandiose statements.

The session IPA category is a funny one; some reckon it's a hoppier pale, others a low ABV beer with big hop character and bitterness, while others like to say any IPA should be sessionable. Green Beacon's Session IPA is tagged a "hoppy mid-strength" and it's one in which there's enough body, even at just 3.8 percent ABV, to carry a fair whack of fruitily aromatic American hops without any out of line bitterness. Whether the lack of perceived bitterness discounts it in some eyes from being an IPA is a moot point, as what it is is a hoppy, fruity and eminently drinkable drop.

The Passionfruit Gose sees Green Beacon take its first stab at the sour 'n' salty German wheat ale that's gaining in popularity along with, albeit a year or so behind, the Berliner weisse style. It started out as a kettle soured beer to which was added 40kg of passionfruit pulp and some "hand harvested salt". The fruit leaps from the glass first, with the gentle sourness – more tart than anything – in the background. The salt appears on the palate late on, subtly, in what's another thoroughly enjoyable drop, one that presumably will make further appearances when the warmer weather returns.