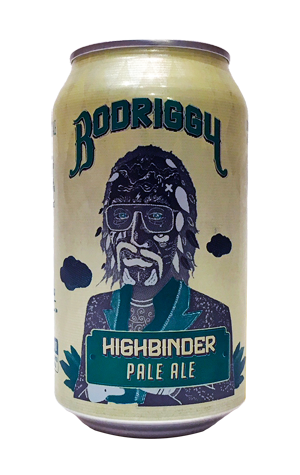 Where, for a while, it was golden and summer ales doing the heavy lifting as the Australian craft beer industry drew in new drinkers, that baton has since passed to pale ales, presumably as more and more drinkers have become accustomed to more hop character, body and bitterness in their beers. It's a pattern that follows that of the US, which is where Highbinder very much takes its inspiration.

The second beer in Bodriggy's core range is an American pale ale and one that ticks the boxes you expect from such a beer. Sure, there's some Aussie hops in there alongside the Mosaic and Calypso, but the Topaz just adds to the mix of orange citrus, piney and earthy hop characters, all nicely balanced by some sweet malts before the hops return with a cleansing, resinous bitter finish. Good stuff.