Beer Bodriggy Brewing Give Us A Spell 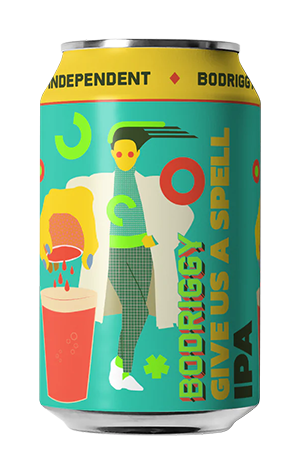 A lot of beers are designed to be shared by Give Us A Spell seems destined to be stolen. Well, maybe not quite stolen, but taken with a smile as you lean over to an esky that isn’t yours and look a dear friend in the eyes and say “give us a spell would ya?”.

The beer in question is a citrus IPA without any of the citrus, with Give Us A Spell steeped in whole Eclipse flowers in the hopback before being dry hopped with further Eclipse, Citra Cryo and Comet. It’s a hoppy combination that’s ensured there’s plenty of citrus at play, which flitters between mandarin and grapefruit before peach and a more resinous side joins in. The mix of malts meanwhile bring biscuit, while there’s a significant bit of bitterness to find too. In other words, if you know your mates like a modern IPA that sits somewhere between juicetown and the West Coast, then watch that esky!