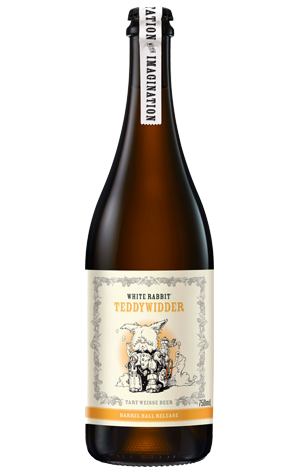 If you've visited the White Rabbit brewery in Geelong, there's a good chance you'll have tasted TeddyWidder. It's their take on a Berliner Weisse (typically low ABV, sour wheat beers) and has been pouring at their tasting bar – offered with a range of syrups as in Germany. And now they've popped a limited amount of the beer into schmick 750ml bottles so people can take them home.

If you're familiar with such beers – and indeed those of White Rabbit – perhaps the best way to imagine this is to liken it to the brewery's Red. We found that to be very much a gateway take on Flanders red ales with the characters you'd expect to find in, say, a Rodenbach, but dialled back. Thus here, rather than a bracing sourness, you get more of a gently tart acidity accompanying witbier like soft spice characters and a reasonably full malty body offset by its prickly carbonation.

NB Crafty Cabalistas – we've got a bottle of this up for grabs in our February / March social media happy snaps comp. We'll pick our favourite photo tagged #craftycabal on March 15 and send a bottle to the winner. 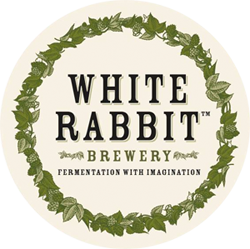