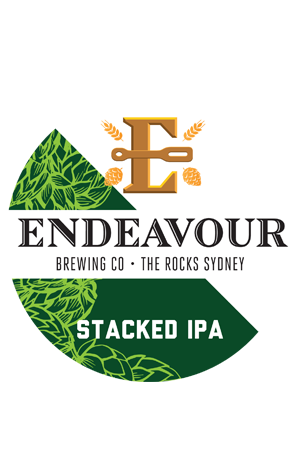 Following the opening of the Endeavour Tap Rooms the IPA was the first beer to be made at the new brewery and gain a permanent place on the taps. That position was largely earned through outright popularity on the back of overseas tourists filing through The Rocks keen to get a taste of what Aussie hops could do. And thanks to the trio of Vic Secret, Ella and Galaxy they certainly got what they after, with the overall flavours erring towards the earthy, peppery, dry and bitter side rather than an outright fruit salad or punch bowl profile. And despite not lacking for anything in the flavour department and comfortably being the strongest beer on Endeavour’s regular range it remains very clean and approachable. It holds a special place for the Endeavour team too, being the first of their house-brewed beers to have won a competition medal, doing so at the 2017 Craft Beer Awards.