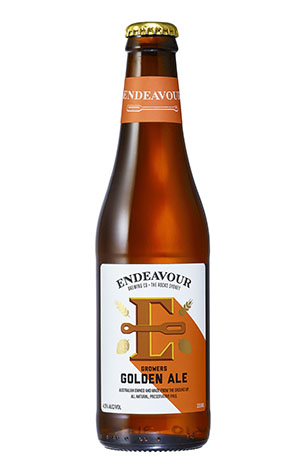 As a business, Endeavour very much has an Aussie-first focus when it comes to ingredients and approach. The Growers Golden Ale is arguably the one core beer which allows itself to stray from the brief conceptually, sitting more in the camp of an English Mild than it does with the kinds of golden ales made in most Australia breweries. Sure, it uses Aussie hops Super Pride and Astra, but you'd be forgiven for believing there’s something of the noble or English variety lurking in there too. There isn't, but when combined with the sweet malty start, smooth body and dry finish, it's more reminiscent of the kinds of beers commonly consumed back in Old Blighty. And in the end that makes for jolly good drinking.