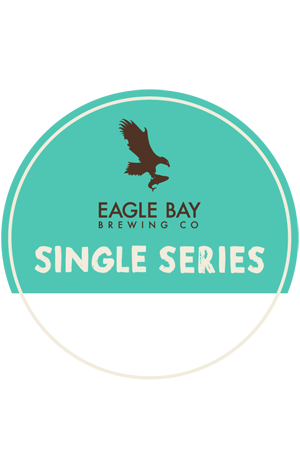 In the past year, the Eagle Bay team has developed a habit of rolling out sneaky releases from the brewery. This winter, WA drinkers may also find a Ginger & Lemon Myrtle XPA, India Pale Lager, Red & Morty Red IPA and Imperial Kolsch pouring at the brewery and venues around the state in addition to the returning winter seasonal, Cocoa Stout.

Then there's Pepita, where the idea was to create a more savoury take on a Baltic porter, something that was partly derived via the addition of 10 kilograms of oven roasted organic pepitas to the base beer. Pouring jet black with ruby highlights, Pepita Baltic Porter delivers deep roasted characters and some nuttiness. An implied oiliness and flash of soy lurk in the smooth body, however the dominance of coffee, cocoa, roasted malt and a little liquorice are the focus, with alcohol warmth rounding the finish.

Find it on tap at the brewery and WA venues