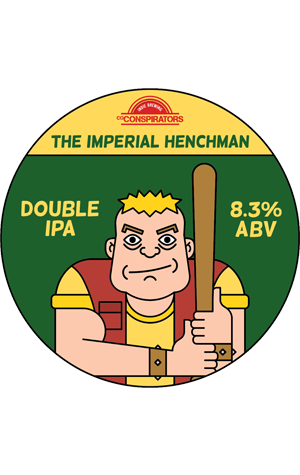 Back when the gypsy brewers at CoConspirators launched in 2016, they did so with a big West Coast IPA called The Henchman. Though they’ve since riffed aplenty on the the IPA theme, most notably with their popular NEIPA The Matriarch, they’ve never returned to the West Coast influences of those earliest days.

That’s until they decided The Henchman was due to return, albeit in imperial form. The Imperial Henchman is a classic big 'n' bitter beer that packs a tropical punch (or should that be baseball bat to the head) of mango, stone fruit and candied paw paw. There’s also citrus and melon along the way, with a flash of woody, piney flavours too, thanks to liberal use of the big-hitting quarter of US hops Amarillo, Chinook, Mosaic and Simcoe.

And on tap at select Melbourne bars