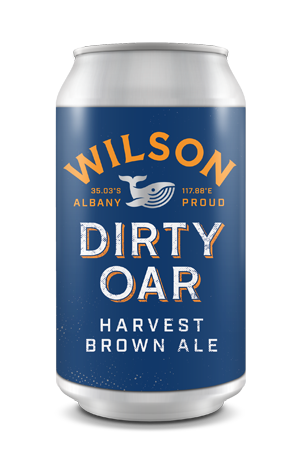 As part of its celebration of the Great Southern region of WA, the Wilson team has struck up a partnership with small (but growing) local hop grower Kracanup. It means they are able to get their hands on hop cones from some rare varieties, one of which, Flinders, goes into the sixth member of the brewery's core range.

They lend the beer a juicy, fruity character, one that sits alongside caramel and nutty malts and helped Dirty Oar move quickly from a seasonal beer to the biggest offering in the year round canned lineup.