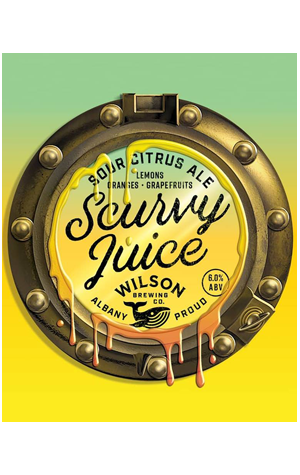 Serendipity strikes again for Matty Wilson. Whenever he mentions a new beer concept to his Albany hop grower, he’s encouraged to talk with the lady next door, Val. Not only does Val have a mini-orchard to drawn from but she also happens to have twenty 30-year old yuzu trees – not the kind of thing you’d normally expect to find in the Great Southern.

Originally a wild hybrid citrus found in China, yuzu has become highly sought after in the brewing world for its complex sour mandarin–grapefruit-lime-like flavour, which here adds a curious citrus edge to the kettle soured beer. To this citrus mélange was added a lactose addition, creating a balanced and surprisingly light body given everything that’s going on. One thing for sure: any scurvy-like symptoms will evaporate after a sip or two.