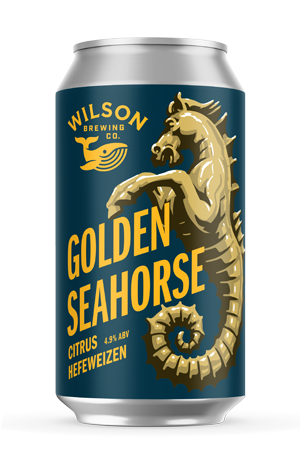 This Wilson Brewery seasonal was brewed as an ode to the Golden Zeepaert (AKA Golden Seahorse), allegedly the first ship to sight the part of the Australian coastline that would become their hometown of Albany in the early 17th century. If that doesn't mean much to you and you just want tasty craft beer, then this beer certainly still has relevance to you.

Starting out with a traditional hefeweizen recipe, an abundance of locally grown Albany lemons were thrown into the mix, adding a ship load of zesty lemon flavour. Those vibrant citrusy characters bond effortlessly with the anticipated clove and banana esters of a well-constructed hefe and a touch of sharp acidity is a welcome inclusion to the clean and light-bodied wheat beer.

Although originally dedicated to an ancient ship, we think this Golden Seahorse is more likely to be dedicated to summer crushing.