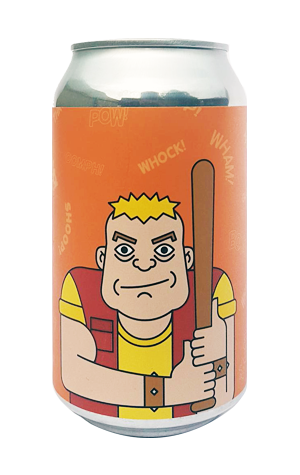 When the two couples behind CoConspirators first launched their gypsy brewing operation, they did so with a West Coast IPA known as The Henchman. That was back in 2016, at a time when the haze craze hadn’t fully draped its foggy murk over Australia’s craft beer scene and finding an IPA packed with bitterness wasn’t quite the challenge it is today.

For those who like their IPAs big and bitter, the decision by the CoConspirators to bring The Henchman back into their core range of cans in 2018 is likely a very welcome move. Packed with the very American combination of Chinook, Simcoe, Mosaic and Amarillo hops, it’s a beer that delivers big on pine and tropical fruits, with mango and citrus to the fore. Pouring crystal clear with a light golden hue, it’s also a beer built upon a lean malt body that lets those hops shine through unhindered. Whock! Wham! Pow! indeed.

And other good beer outlets in Victoria