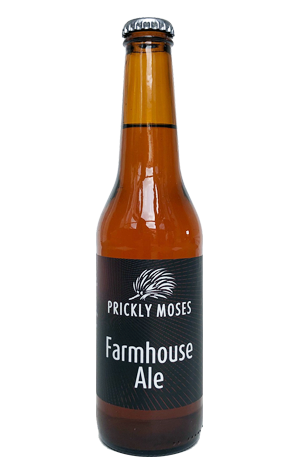 Since its early days, Prickly Moses has released a Farmhouse Trilogy, beers brewed once a year inspired by farmhouse ales of northern France and Belgium and sent into the world in 750ml bottles. One of them, the Farmhouse Ale, made the step into the year round lineup too, albeit in 330ml stubbies.

If you were going to drop it into a style within the diverse farmhouse world, bière de garde would probably be the one. Honey hits you first with an intensity that touches on the medicinal before soft, fruit cake spices join in along with elements reminiscent of marzipan, sugary biscuits and even Amaretto.

It's the sort of beer that's been forgotten in these parts as craft brewers have headed off in ever newer directions, but one that remains part of the broad Prickly Moses oeuvre.