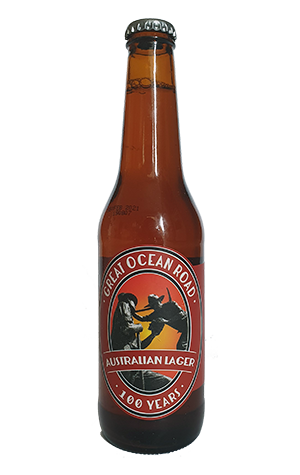 On September 19, 1919, the then Premier of Victoria, Harry Lawson, set off an explosive charge in an area just outside the small and isolated town of Lorne. With a bang, work had begun on what would become the 243 kilometre long Great Ocean Road.

It wouldn’t be until 1932 that the road would be completed after some 3,000 veterans of World War I turned the rough terrain into a war memorial - the world’s largest - for the fallen. A century later and the road is one of the most travelled in Victoria by tourists, with hundreds of thousands winding their way along it each year to explore the towns and soak in the scenery of part of Australia’s south east.

Close to halfway along that road is the Great Ocean Road Brewhouse in Apollo Bay and, in conjunction with sibling beer business Prickly Moses, the team there has brewed a beer to mark the 100 year anniversary of the start of construction. The Great Ocean Road Australian Lager is a beer designed to replicate those the ex-serviceman would have enjoyed following a day’s work: it pours a clear copper and mixes sweetness from the malt with a light spice from the hops in what’s an easy-going, sessionable lager.