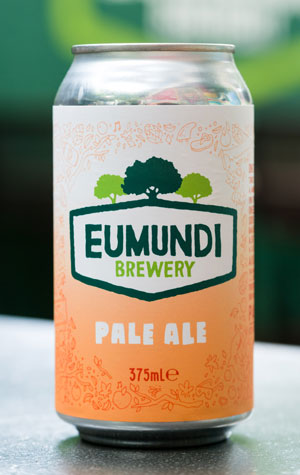 It’s not an original thought, but it’s worth saying every time it’s true: this is a mid-strength that doesn’t drink like a mid-strength.

This Australian pale ale is a deep golden colour, almost with a tinge of rust, and its colour is a hint of what’s to come. Take a whiff, and you’ll notice that while the passionfruit and citrus from the Galaxy are present, they’re not the only feature as in many Aussie pale ales. The smell is cut through with a bit of resin, almost a touch of dankness, thanks to the addition of Enigma. The flavour is denser, richer, and more punchy than most low alcohol beers, and just a little oily on the tongue.

If you’re used to low-flavoured mid-strengths, you’ll find this to be a quite pungent beer; if you’re expecting that anything under four percent ABV will be tasteless swill, you’ll be pleasantly surprised by this refreshingly aromatic drop. Ideal for a pint in the sun that won’t leave you stunned, or knock-off drinks that won’t knock you out.