Eumundi and ginger. They go together like Fred and… Ginger. Eumundi Brewery have tinkered with ginger a few times, but now they’re bringing a sessionable ginger beer into their core lineup. Take a whiff and let the fragrant spice start the ginger experience before you’ve even had your first sip: that pleasing ginger heat that’s almost a gentle burn. But it’s not enough to slow you down when you start drinking. A balancing sweetness supports the spice without dominating it, and a healthy… Read more
Pale Yellow 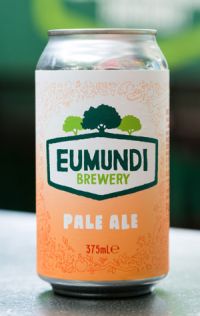 Today's fun fact: even at its origin, plum pudding never had plums in it. The word plums, in pre-Victorian England, referred to raisins. But this hasn't stopped Eumundi Brewery and Bundaberg Rum from making a dark ale with blood plum purée and Bundaberg Black 12-year-old rum and calling it Black Rum & Plum Christmas Pudding Ale. Strangely, I got a nice raspberry character on the nose up front. It wasn't until I started sipping that the rummy notes started to hit me: sarsaparilla, cherry cola… Read more
Dark Brown 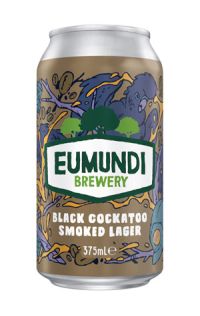 Black Cockatoo Smoked Lager is the brainchild of Josh Batten, a homebrewer who won Eumundi Brewery’s "Brewed By EU" competition. The comp challenged people to submit ideas that captured story and flavour combinations inspired by the Sunshine Coast. “My unique ingredients were peat smoked malt and cold brew coffee and I was inspired to create a beer that reflected the bushfires of 2019, and the rural fire brigade who put their lives on the line to protect our community,” Josh says.… Read more
Dark Brown Bundaberg is known for its rum. Eumundi is known for its beer. Both are known for their ginger. Surely you can see where this is going. Eu-Bundy IPA, a collaboration between Eumundi Brewery and Bundaberg Rum, is a West Coast IPA made with Bundaberg’s Small Batch Spiced Rum and additions of ginger from both Bundaberg and Eumundi. Duncan Littler from the Bundaberg Rum Distillery says: “Finally, we can deliver a rum-influenced IPA to the beer lovers of Queensland!” - apparently something that… Read more
Golden 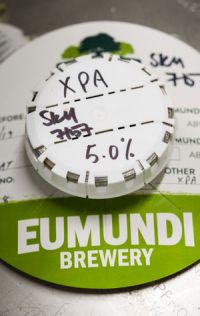