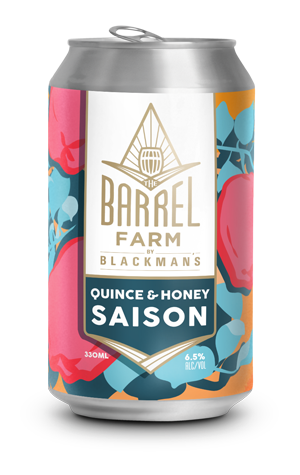 The third release from Blackman's offshoot dedicated to beers of a more funky and farmhouse nature sees the Torquay team move from sour to saison. It's no straightforward saison, however, with locally sourced quince and honey added to the mix.

As you might expect, the resultant beer sits at the fuller, sweeter end of the saison spectrum, a fair way from some of the wilder, tart affairs on the market. Richly fruity and malty upfront – and full of body too – with just a little perfume like fragrance to the aroma and a touch of underlying dryness. An enjoyable starting point for people wanting to explore such beers who might be put off by anything too complex and funky.