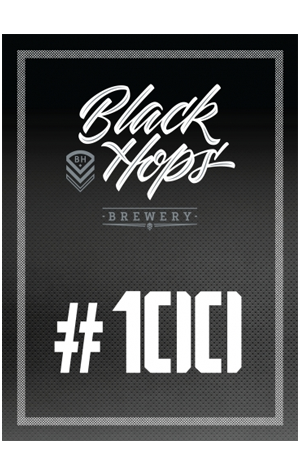 In 2014, a trio of mates released their first beer. It was an eggnog stout because, apparently, that’s what the Australian beer scene needed at the time. They went by the name Black Hops Brewing and 99 beer releases and almost five years later we have #100, an IPA continuously hopped for 100 minutes in the vein of the classic Dogfish Head 90 Minute IPA. They say #100 is a reflection of all they've learnt over the years; it’s sophisticated and caters to the demands of today.

As you'd expect from such an approach, this beer is all about hop complexity – filled with grapefruit, pine and resinous notes, all balanced by a deep malt profile that adds complementary sweetness and an enticing burnt caramel colour.

The result is a fresh, crisp and hoppy number that lingers, neither too bitter nor too sweet, and comes with a decal and can design that harks back to the original background and font used on the Eggnog Stout.