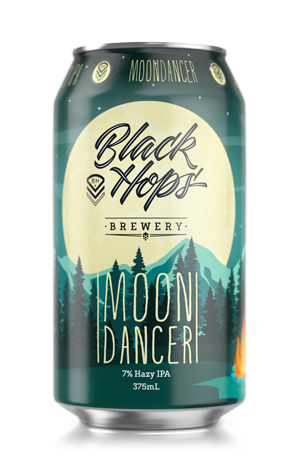 It's amazing how memories can be triggered so quickly. I pulled a can of Moondancer from the fridge and was immediately transported back two decades and a continent away to a hilltop outside Pai in Northern Thailand. I was there to watch a meteor storm and had been chatting to a fellow traveller – a bearded sort who had a guitar for accompaniment; among the tracks on the CD he'd recorded was a cover of Van Morrison's Moondance.

That's all rather pleasant, but the part of the night it brought rushing back was when I insisted he needed to listen to Badly Drawn Boy's debut album as there were similarities between the two of them. I suggested I took his motorbike back into town to grab my minidisc player (look, I said it was a long time ago...) and, despite his reservations about loaning a bike he'd actually bought rather than hired cheap to an giddy young pup with minimal riding experience, late at night, up a mountain, I won the argument and set off.

As was inevitable, I hit sand on the first tight corner, came off and took a chunk of flesh out of my elbow. Once back at the lean-to shack that was a shared home with a short, Buddha-shaped Thai dude with a marvellous pink Mohawk, I ran a shower over the wound, ripped a pair of boxer shorts into strips and bandaged it up to stem the bleeding, before heading back up the hill with the minidisc player, assuring the musician I'd come off worse than the bike (it was touch and go, if I'm honest) and carrying on with the evening.

Now, having finished those three paragraphs, I realise that, other than the name of the beer and the artwork showcasing mountains and stars at night, the story has bugger all to do with the latest hazy IPA from Black Hops, so apologies if you've dozed off already. But you shouldn't as they know their way around a hazy IPA and this one manages to stand out from flood of such beers made with just water, malt, hops and yeast.

Actually, there is something of a herbal, South East Asian citrus fruit vibe in the aroma of what's a lightly hazed, deep copper pour. There's a caramel orange sweetness underpinning the more fragrant elements too and, while there's a hint of Sabro's coconut creaminess, that hype hop's more tropical side seems to be the major contributor. The fact it's brewed with three new varieties – Samba (which I don't think I've come across before), Strata and Sabro – may help explain its distinctiveness. Bitterness is present along with a little sticky resin, but it's there to keep things in order as much as than anything. Something I could probably do with for these write ups...