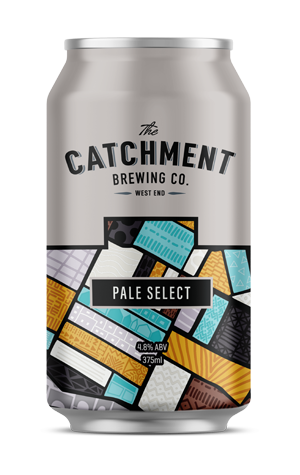 The West End Brewery of the late 1800s brewed a beer called the Pale Select, and nicknamed it “The King of Beers”. With this in mind, Catchment set out to recreate a beer worthy of the regal moniker.

Their Pale Select is a hazy gold, flashing in the light like a ruler’s sceptre and crowned with an aromatic head. While it differs from the beer of yesteryear by being an American pale ale with all American hops, it matches that easy-drinking ale by playing down its bitterness. Gentle flavours of tropical fruit, stonefruit and florals are at home in this beer like a feast on a king’s table.

Even the label displays royal colours, but most of us will be too focused on the beer itself to notice that. After all, the King of Beers demands respect.