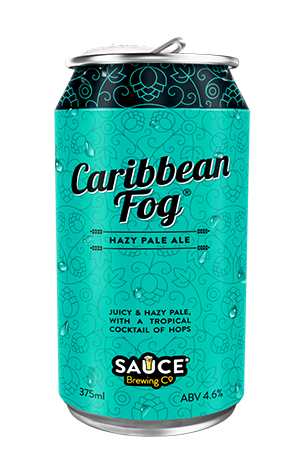 What’s a brewery to do when they release a batch of tropical hazy pale ale that the people love, and continue to clamour for after it’s sold out? Bring it back (with a few minor tweaks) and add it to the core range.

Roll the can of Caribbean Fog before pouring, and see the eponymous opaque fog gather in the glass. Azacca is still the star, bringing its tropical island fruit salad with a few extra chunks of pineapple and grapefruit, but there’s also a soft, creamy hint of coconut sweetness hiding in the background.

The biggest change made to Caribbean Fog when it secured a permanent place in the line-up? It’s been brought down to 4.6 percent ABV, making it more sessionable than ever. Try not to inhale too much fog.