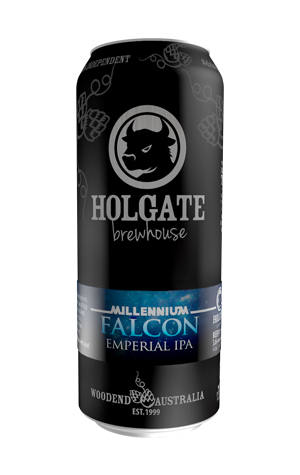 The OG series might have wrapped up with The Last Jedi but Hans Solo's creaking ship continues to make its annual sweep across the country from Woodend in time for May the Fourth in the shape of the Millennium Falcon. The beer has become one of the Victorian pioneers most sought after and in 2020 comes with another revision as the brewers tone things down just a smidgen to 9 percent ABV.

The concept remains as it has been since 2013: create a lean machine of an "Empirial" IPA and squeeze heaps of US hops inside before takeoff. Crystal clear and with a viscosity that hints at the booze within, initial impressions are of mandarin juice turned into a reduction before some alcohol-derived sweetness and light caramel comes into play. It's as tight and contained a beer as it's ever been: neither sweet not overly bitter, not overtly hoppy or heavy on the malts, but one that plots a line straight down the middle of the galaxy of IIPAs.