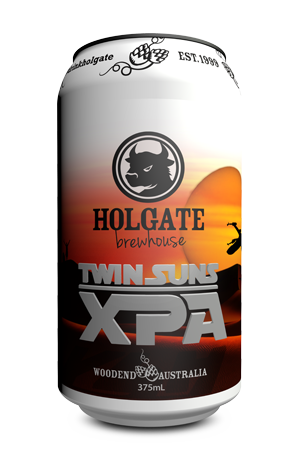 This isn't the first, or indeed second, time Holgate have put out a Star Wars-themed beer. In fact, it's not the first time they've put out a 5.5 percent XPA featuring an X-Wing on the labels either, with Twin Suns following in the vapour trails of X-Wing, which debuted in time for May 4 two years ago.

Having checked back, there are differences beyond the name and artwork, however, with popping hop Idaho #7 joining Azacca, Citra and Mosaic. A clear golden pour, Twin Suns pits ripe, candied pineapple and tropical fruits against a malt base that reminded my drinking companion of barley sugars from his nan. There's a pretty bold bitterness at play compared to many in the category too; indeed, it's a little fuller in all ways than the paler, lighter, leaner offerings that have become the archetypal Aussie XPA.