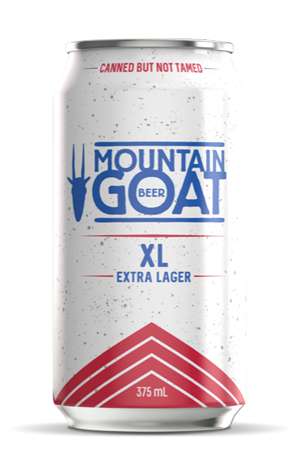 The Mountain Goat story started out as two mates looking to shake things up in Melbourne's beer scene by giving drinkers something very different to the lagers that had commanded the 20th century. They certainly achieved their goal, with founders Cam and Dave claiming Champion Australian Beer at the AIBAs in 2015 for a barrel-aged barleywine before selling the business to Asahi. Since then, they've picked up more trophies for IPAs although, somewhat ironically, the beer that's performing heroics for the brewery on the sales front these is the budget conscious GOAT Very Enjoyable Beer, a 4.2 percent ABV lager not too dissimilar to those they once rebelled against.

Now, however, GOAT is joined by a second lager in the brewery's core lineup, but this time one that's playing in far craftier waters. A combination of Simcoe, Enigma and Centennial hops ensure juicy, ripe tropical fruits are there for the meet and greet – then stick around for a good chat too. There's a little green grassiness and a drying, spicy underbelly, with the malt there to provide clean, unobtrusive support, which makes XL an enjoyable, easy-going quaffer.