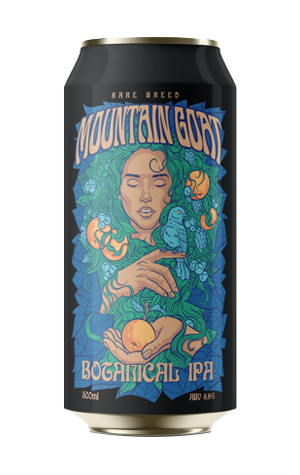 For their final Rare Breed release of 2020, Mountain Goat return to territory that's proven to be successful for them in past: that of IPA, and in this case with a twist. Now the brewery have a sideline in gin, they've cross-pollinated the two by adding some of the botanicals from their Hopped Gin – juniper, coriander, cubeb and yuzu – to their Botanical IPA.

And, while it might look much like past award-winning IPAs from the Richmond team – clear and golden – it's rather different in character. Indeed, thanks to the creamier, more herbal, savoury elements wrapped around a lively shot of citrus, I wondered whether there was some quirky hop action at play: Sorachi, Sabro, maybe even some Zappa. My senses were leading up the garden path, however, as it's Citra and Kiwi hop Taiheke (formerly NZ Cascade) in the mix, seemingly messing with my mind in cahoots with the botanicals, while adding a flash of bitterness too.