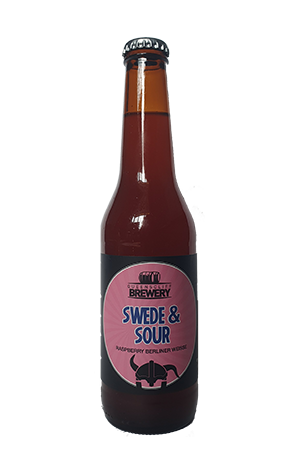 Originally brewed as a 300 litre one-off release by Queenslcliff Brewery's head brewer Mattias Isaksson as summer kicked into gear in 2019, Swede & Sour made it into the brewery’s core range towards the end of 2020. It means the raspberry Berliner Weisse, which is named in reference to Mattias home in Sweden, made it into bottles in time for a new summer.

It’s fitting too, given the beer is 3.5 percent ABV and with quite a tart edge, really one designed for summer. The raspberry notes are clear and distinct while the beer’s spritely carbonation helps along with make it a refreshing drop but where the addition of wheat and oat also give it a creamy mouthfeel. There’s a slight touch of sweetness underneath Swede’s sourside too, nudging it towards fruit smoothie territory without going so far that it's dessert-like.