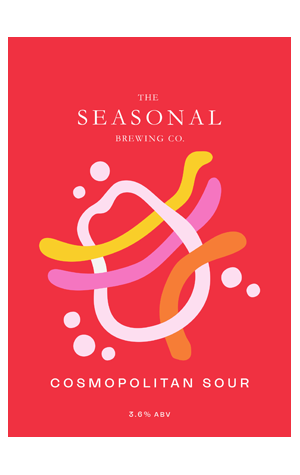 And just like that, a cocktail-inspired sour beer arrives in time for warmer weather and a need for less clothing. With its origins disputed for half a century, the Cosmopolitan first appeared on the radars of many as part of the social lives of four New York women at the turn of the millennium, and may well have stuck around for some thanks to 20 years of rewatching.

Seasonal’s sashay into the world of Sex and the City maintains a Manhattan-esque sweet / tart balance throughout its short cranberry and light citrus length, with its fuchsia hue demanding elegantly awkward glassware, noisy nostalgia, and dreams of careless travel, with the gang in tow, or not as the case may be.