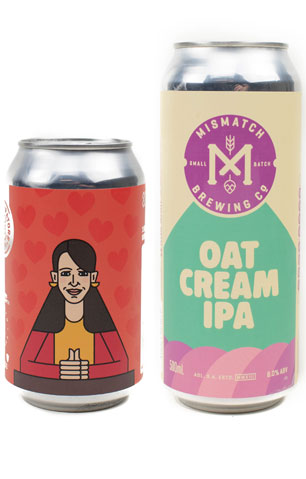 Several years ago, if you were learning about craft beer, you may have discovered that IPA was a style of beer. Well, that lesson would look somewhat different today: IPA is no longer a style but an ever-broader and diverse category all of its own. You could even argue IPA is more of a hoppy approach or a state of mind.

Take these two beers from The Great Brew Challenge as clear evidence, both featuring Wa-iti hops from New Zealand. In the case of CoConspirators, the Melbourne brewers haven’t just looked across The Ditch for hops but also for some political competency too when creating the The Leader, a "double cold IPA". This IIPA-lager hybrid-of-sorts is one that pours as clear as any pilsner with aromas of apricot. With a relatively high ABV compared to most Australian releases in the new style, there’s a fair bit of warmth that stems from the alcohol alongside further sweet flavours of apricot that sit somewhere between a can of the fruit and a glass of natural wine. Although such beers often finish with a bitter kick, in the case of The Leader, that's not the case, with the finish as restrained as everything that's come before.

Looking like another type of beverage entirely is Mismatch's 8 percent ABV Oat Cream IPA. You'd be forgiven for assuming it contains another hop too, as it delivers a smooth rush of soft, rounded edges white nectarine. There’s also a citrus kick akin to freshly squeezed orange juice with a dash of lime, and despite being a big hazy featuring oats lactose, the Adelaide Hills brewers have masterfully created a very balanced beer with a lean, clean finish.

You can read about other beers in the NZ Hops Great Brew Challenge here: Hemingway's and Working Title, Molly Rose and Sailors Grave, Uraidla and Mountain Culture, Range and Your Mates and Deeds and Six String.

You can order packs from Carwyn Cellars here